The Wake Up Call

A prophetic Juxtaposition of Images. 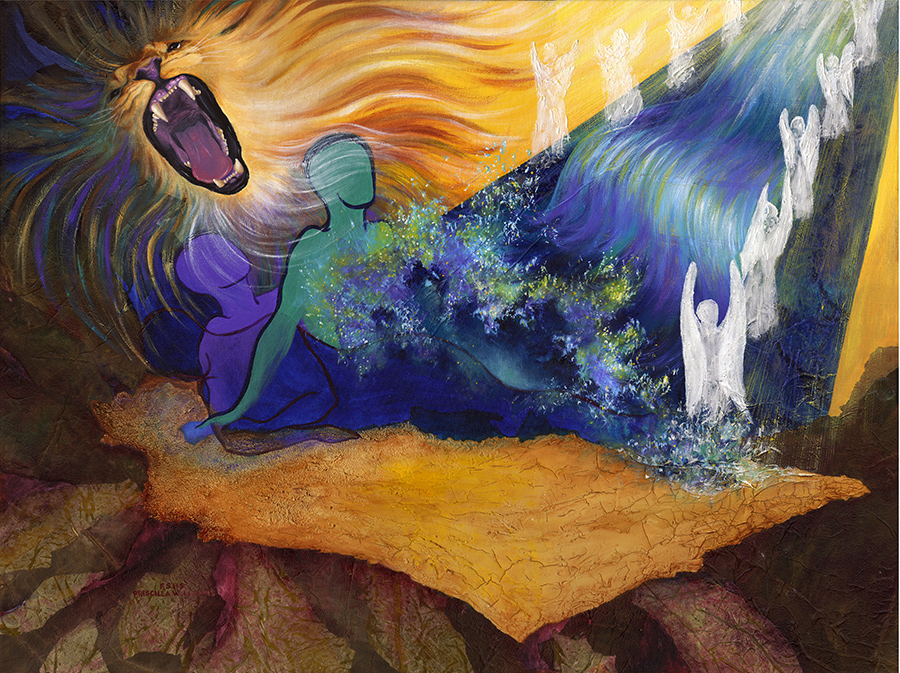 One of Israel’s forefathers, Jacob, was on the run away from the anger of his brother Esau. Jacob had betrayed his twin and stolen the firstborn’s birthright blessing. How far could Jacob run from the consequences when his destiny was inside him?

The first night Jacob sleeps with a rock for a pillow and has a dream. It was a God-encounter. Heaven opened. There was a ladder filled with angels ascending and descending. (Genesis 28:19-22) God revealed who He really was to humbled Jacob.

Then Jacob in the same location encounters God through wrestling with an angel as this time he is humbly going back to restore his relationship with his brother Esau. It is here that Jacob’s name is changed to Israel. (Gen. 32:22-30)

The shape of the present day nation of Israel lies under the sleeping but awaking Jacob figure. This then is resting on what I call Mount Moriah which was the place Jacob’s great grandfather, Abraham, was called to sacrifice his only son, Isaac (Gen. 22:1-12). God’s call for such a sacrifice was the picture of God Himself offering up His only son for our redemption. Israel’s destiny fulfilled rests on recognition of this revelation.

The time has come. The Lion of Judah is roaring over Israel (Jacob’s descendants). It is time for the fulfillment of Joel 2:28, 29
“And afterward, I will pour out my Spirit on all people. Your sons and daughters will prophesy, your old men will dream dreams, your young men will see visions. Even on my servants, both men and women, I will pour out my Spirit in those days.” 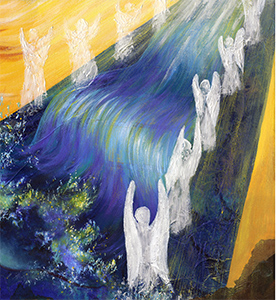 “I will pour out my Spirit” often is depicted as a River. This time as Israel wakes up the ladder portal is the River that flows from the throne of God that makes glad the City of God. (Psalm 46:4)

Jacob struggled with God until he humbly received his new name fulfilling his destiny in becoming Israel. Wake up, Israel! Struggle with your God until you become blessed into your full destiny purpose. Wake up, Church! Be humbly grafted in for Israel to rise into the full revelation of God.

This is THE CALL TO WAKE UP.